This year, use some of these Patriot Day FREE printables, activities, and more! They are all great ways to remember September 11, 2001. 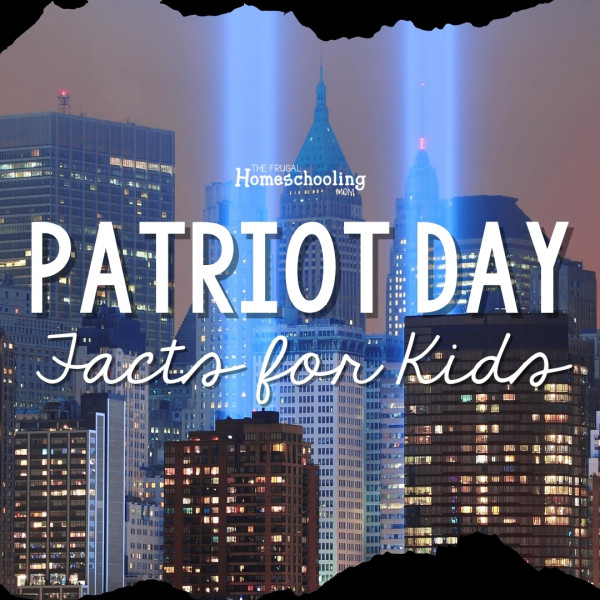 Everyone solemnly remembers September 11th, 2001. Think back to how the event affected you and/or your loved ones. Almost no one in the United States was untouched. Heartfelt solidarity was felt nationwide for the loss of so many lives as we realized the attacks were brought on by terrorists.

On September 11th, 2001, Islamic extremists hijacked four airplanes and used them to attack the United States in suicide missions. Two planes flew into the twin towers of the World Trade Center in New York City, a third airplane crashed into the Pentagon, and the fourth plane’s attack was averted and crashed into a field in Shanksville, Pennsylvania. Almost 3,000 people were killed.

Patriot Day occurs on September 11th every year, it’s a national day of remembrance for those lives lost and a reminder that we as a nation do not tolerate terrorism.

The following ideas for a unit study on Independence DayPatriot Day include free printables, worksheets, activities, and more.

The ideas start with the history of the holiday, which is good for all kids to know in preparation for the holiday. You can teach your homeschooled kids basic facts about the holiday, or maybe you are just interested to know some quick facts yourself.

Here are some facts to share with your kids this Patriot Day. Want to print them out? Download them below!

Like the facts listed above? Print them out for your children to study! They are thoroughly researched, and perfect for talking points, concise explanations, and a complete understanding of Patriot Day. They include the basics of what kids need to know. It’s the perfect complement to a unit study on the holiday.

I have been working on a printable holiday fact sheet series I have going on over at my Teachers Pay Teachers store. As I come out with new ones each month, I’m offering them FREE for a limited time. Here’s my Patriot Day homeschool copywork printable! I hope you enjoy it.

These fact sheets will serve as an easy and quick reference sheet for homeschool families to introduce the basic facts about the various U.S. Holidays. Use them for copywork or notebooking or to introduce prior knowledge about the holiday before a project or lesson. Soon, they’ll all be in one huge download for you, too! Follow my store for the announcement – yes I’ll start it out as a FREEBIE, as always. 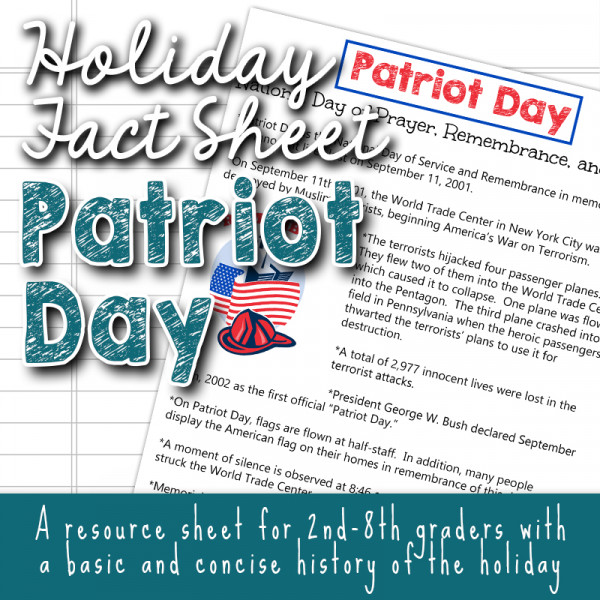 Did you know you can see all these ideas plus MORE, NEW IDEAS on my holidays and seasons Pinterest Boards? 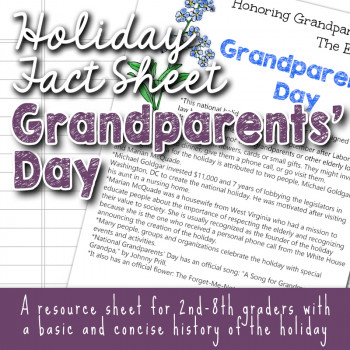 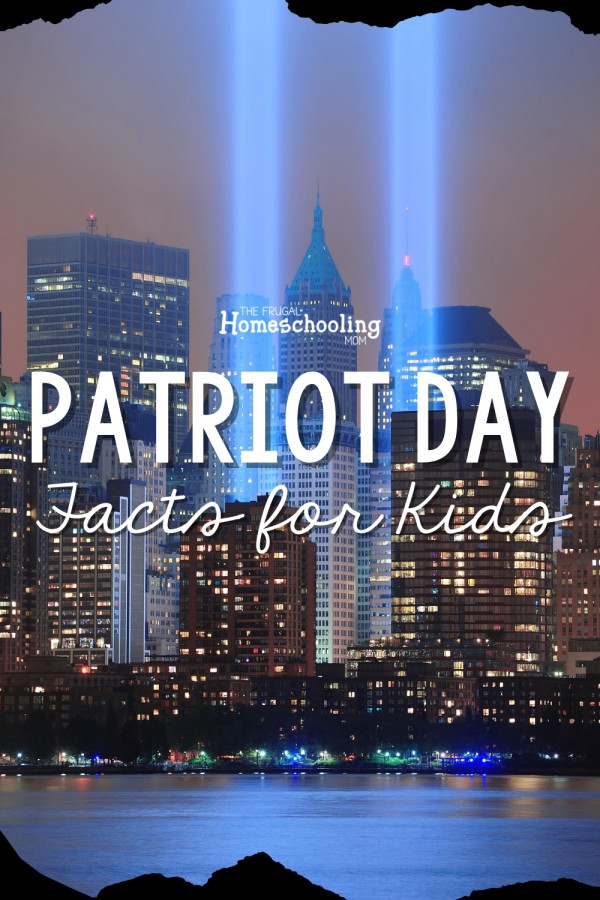