I do so many little things on a day to day basis, to try to save every little penny that I can, or to earn any little penny that I can. I have to, or else we run out of money by month’s end. Some people don’t have to, but they’d like to be able to give more to needy people (this is what we plan to do when we’re finally financially free). But until then, here’s one simple way that I save money, and you can do it too!
Use it Up. 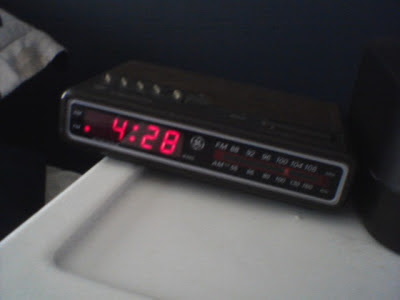 Don’t buy something new until you’ve used up what you’ve already got. The only exception to this rule is when you stockpile things that are on sale, like boxes of cereal that you were able to get for $.50 a box. OF COURSE, BUY BUY BUY! But if it’s something like expensive face moisturizer, technological gadgets and computers, shoes, clothes, a car, etc… Just be content with what you got, and use it until it’s completely gone, or broken.  If it still works, use it!
One thing I’ve learned is that no matter what you buy, it always seems that something better will inevitably come along, and ooohhh, I’d really like to have it, cause it’s better than the last one! But I’ve learned to just be content with what I’ve got for now, and when it’s used up, then and only then do I allow myself to go out and buy a new one.
Here are some examples:
Our computer:
Three years ago I really, really, really wanted to buy a new desktop (I like desktops… I blog using one, and I also like using the mouse when I do digital photography and scrapbooking, editing photos, videos, etc… you just can’t do that stuff well with a laptop scroll pad or a touch-screen iPad.)  But of course, we couldn’t afford to buy a new computer at the time, so I decided to follow my own advice, and just use the one we had until it crashed.  I just knew it would crash soon, and then I would “have” to replace it.  Well, it didn’t.  It STILL WORKS (anyone want to buy it for $25?  We’re trying to sell it LOL).
Well, here’s the funny thing.  It still worked fine.  One day, we were so lucky to have a friend GIVE us a new computer – in pristine condition.  Although this new computer was a couple of years old, it had never been used, and had all the word processing and digital photography/scrapbooking programs already downloaded onto it as well!  I was so blessed.  Because I had waited, and not splurged and bought something when we really couldn’t afford it, God had provided just what I wanted, in His own timing.  My old computer had worked perfectly well up until then.  I was rewarded for being content.
My alarm clock:
It was my parents’ – I think they used it in the 90’s.  They gave it to us when they replaced theirs with a really fancy expensive one.  It has a radio.  That’s it.  But, it works!  We have cell phones with alarm clocks built in, and we use them too.  But the clock… it’s still there, right beside the bed, for whenever we need to use it for whatever reason!
Also, my “Creative Memories” brand cutting blades for my cropping tools…
(For those of you who don’t know already, I’m an avid scrapbooker) When I bought mine four years ago, they were the best in the industry. They still are, but they’ve been improved since I bought them.  About four years ago, Creative Memories came out with some more ergonomic ones, that actually swivel, and they’re even easier to use.  Man, I really wished I had those instead., and I almost bought them.
But the ones I’ve got STILL work perfectly fine. I decided to wait until they’re completely ineffective before I replace them.  And I still haven’t had to.
That’s just two random examples. There’s so many things… makeup that is down to the last drop, socks worn until there’s holes in them, books that are traded (PaperbackSwap.com) or sold before I start a new one, and on and on I could list stuff. Not only does this habit save me a lot of money, but also a lot of clutter too! When you adopt this idea of being content with what you have, you’re also more careful about what you choose to buy, making sure you’ll be happy with it, knowing that what you buy, you’re stuck with for a while!