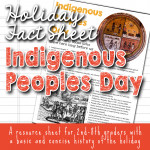 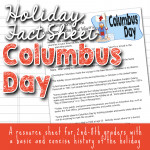 These days, people are not sure how to teach kids about Columbus Day and Indigenous Peoples Day. Here are some quick history facts for kids. 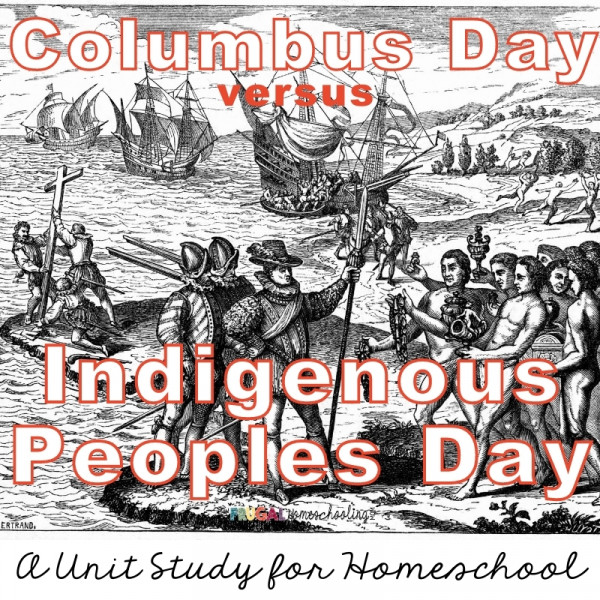 At the bottom of this post, you’ll find two resources to help you teach which one you prefer – or both!

On the second Monday in October, we celebrate a holiday. Most of us know it as Columbus Day. It was created to celebrate the travels of Christopher Columbus who discovered the New World in the 1490s. It is marked by parades, church services, and large events, most of which take place in the Italian-American community.

In our family, we have also chosen to learn about Indigenous Peoples Day. That’s because, on my side of the family, we have a fascinating Cherokee lineage. We really love learning all that we can about Native Americans, especially the Cherokee that lived in the mountains of North Carolina, to whom we are distantly related. It makes learning about Indigenous Peoples Day a little personal, and that makes our learning more interesting this time of year.

Over the years, much controversy has surrounded Columbus Day. Many people object to the celebration of a man who brought the European people to America who would end up mistreating and in many cases destroying, the native people. In opposition to Columbus Day celebrations, a new holiday emerged – Indigenous People’s Day. This holiday seeks to honor and celebrate the native Americans who have lived here for thousands of years.

Both holidays attempt to remind us of important parts of our history as a country and can play a role in the deeper appreciation of our heritage. In all things, we remember that God is working everything for His good. So, we solemnly assess the good and bad of our nation’s story and learn from the past.

Keep reading for a printable history of the holiday, perfect for use as background information, copywork, or a supplement to a homeschool unit study!

Facts for Kids about Columbus Day

Columbus Day is a holiday that was instituted to celebrate the great explorer Christopher Columbus, who discovered the New World in 1492. It is a day to remember the impact that one man’s travels had on the world. Here are a few basic facts for kids. They are great if you want to give your children an overview of the holiday.

Through the years, some people have chosen to shift the spotlight off of Columbus, who they feel perpetrated unfair acts against the indigenous people that he encountered in the new world. In order to honor those people, Indigenous Peoples Day was created. Below are some facts to know about this special day.

Indigenous Peoples Day is a day to celebrate those native people who have lived here long before Columbus arrived. These people were not always treated fairly throughout history and some of their customs and stories have been lost. By setting aside a day to celebrate them, we acknowledge the deep roots they have in our country and the importance of their culture, even to us today.

Here are two printable resource sheets I’ve created for you about teaching Columbus Day and Indigenous Peoples Day to kids. Use the background facts and history as a piece of your unit study or as a brief rundown of the holidays. Perhaps you’ll learn something you didn’t already know! 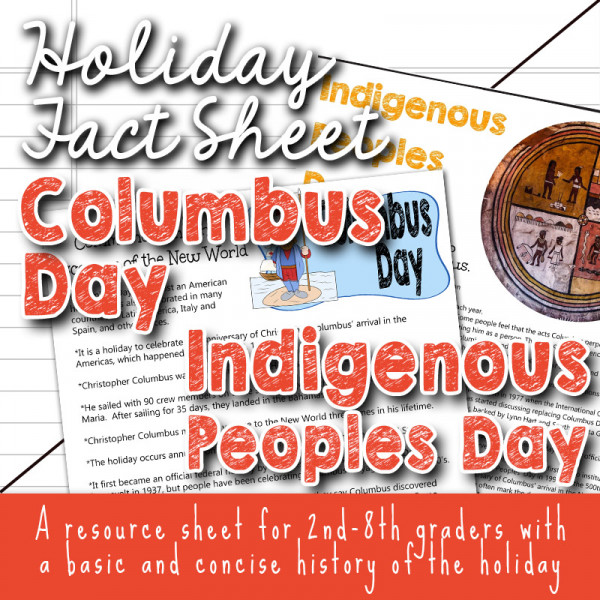 (Purchased separately at my store.)

If you’re looking for a concise, clear, and factual printout describing the history of these two holidays, I have created these just for you. They are thoroughly researched and include everything you need to know to teach a unit study on Columbus Day and/or Indigenous Peoples Day, or just discuss the holiday with your children in a knowledgeable manner.

I have been working on a printable holiday fact sheet series I have going on over at my Teachers Pay Teachers store. As I come out with new ones each month, I’m offering them FREE for a limited time. This is my newest version! I hope you enjoy it.

These fact sheets will serve as an easy and quick reference sheet for homeschool families to introduce the basic facts about the various U.S. holidays. Use them for copywork or notebooking or to introduce prior knowledge about the holiday before a project or lesson. Soon, they’ll all be in one huge download for you, too! Follow my store for the announcement – yes I’ll start it out as a FREEBIE, as always. 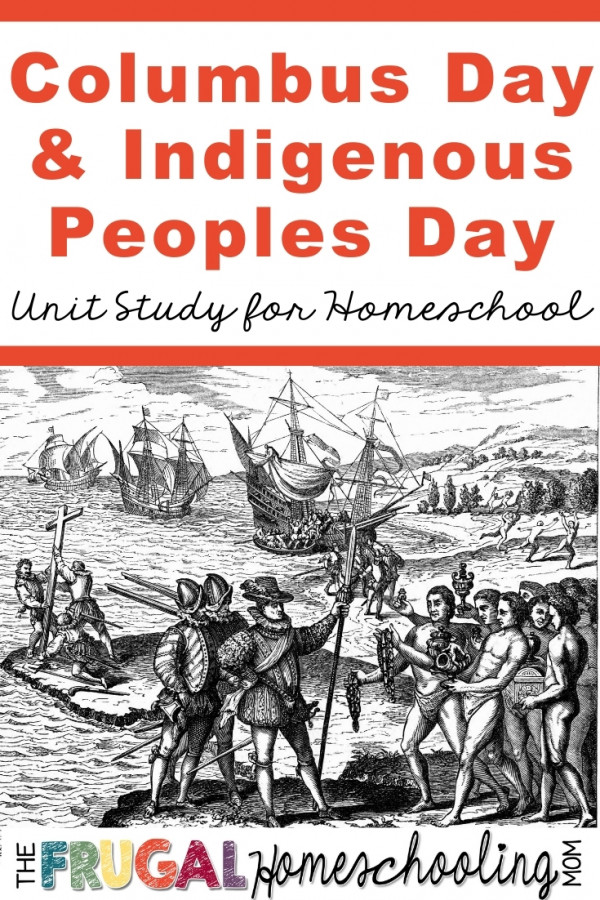