A Free Unit Study for A Sparrow Alone

This free unit study for A Sparrow Alone by Alicia Peterson will help your homeschool students truly understand the life and times of Jesus.

For Christians, the time that Jesus was alive, and what he did for us, is the anchor in our belief system.  We strive to teach our children what the Bible says about our savior and to view him, as the Bible says he was, a man here on earth, who was given to save us all.  What if a book could give you a peek into what it must have been like for people who heard whispers of this Messiah among their friends and family? What would it have been like to hear of the great miracles he was performing and learn that people were going to see and follow him?  Historical fiction remains one of the best ways to show our children, rather than tell them, about events that took place.  The reason for this is because when we can try to see something by hearing someone’s personal account, it is not dry history, it is real.  Enter in this book, A Sparrow Alone written by Alicia Peterson. 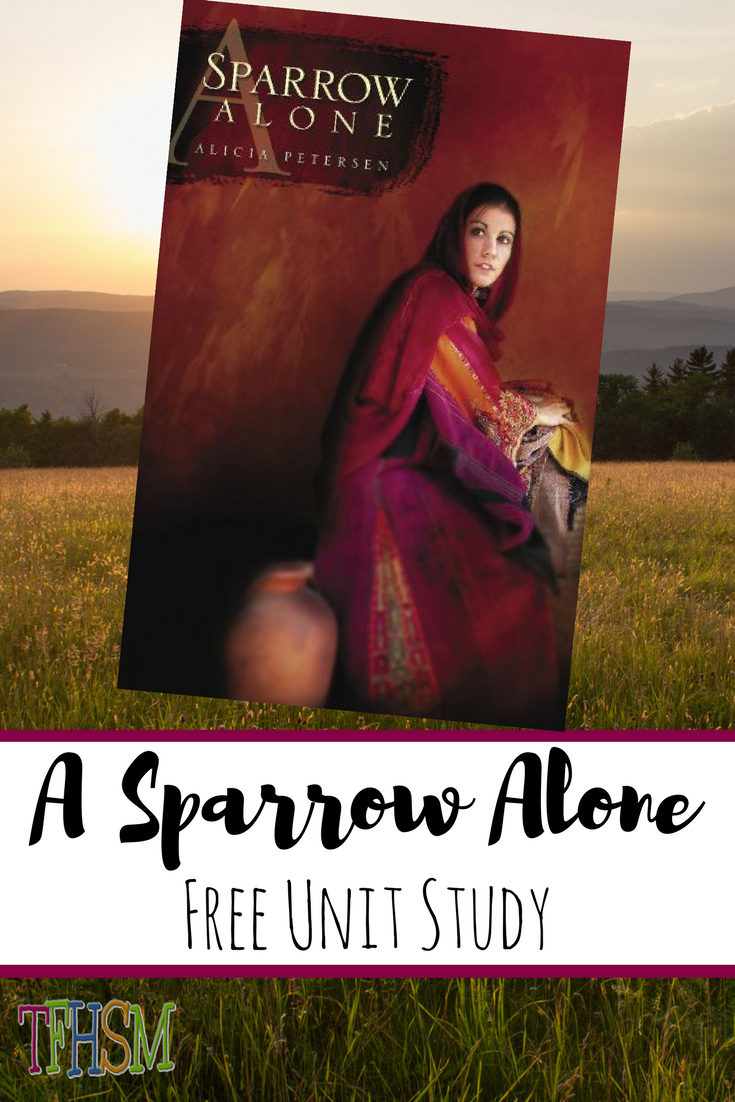 Amazon details the book as follows:

Alicia Petersen’s historical fiction book A Sparrow Alone is set in first century Jerusalem. The lives of two Jewish teens are changed forever by the malicious death of their parents at the hands of soldiers in Roman-occupied Jerusalem. Seventeen-year-old Mala sews for the wives of Roman aristocrats and seeks comfort in the hope of a coming Messiah; her older brother Abdon is consumed with anger and joins a renegade band committed to acts of treachery. In this Christian fiction book, the village is shaken when one of its citizens is transformed and the claims of Jesus of Nazareth must be considered.

This book lends itself to a full homeschool literature study complete with customs, dress, and activities…and guess what?  It’s all FREE!

What are some customs for Jewish Teenagers? Read about the Bar Mitzvah

What are some classic Jewish foods that you can try?

Learn about Gadara, the city where a maniac was healed

Learn some letters in Hebrew

Did you know that there are very distinct roles for women in Jewish Culture?

What was it like to be Jewish under Roman rule?

How did the Roman Empire fare?

What did the Romans wear?

Mala was a seamstress, learn about the elaborate costumes she may have created for her Roman clients

The book ends with information about the crucifixion of Jesus, what was the reason for this type of death sentence and what crimes would be punished in this way?

A Sparrow Alone is one of those books that, once you read it, you will find yourself wanting to come back and read it again.  I have shared these free unit study resources with so many homeschool friends and family, they have all loved it, and so will you!